In the first quarter of 2019 we have been seeing some speculation regarding how demand and supply of the housing market in this year will develop. In our previous article we have explained how the applicable VAT is most likely going to affect house pricing.

Since then, the Hungarian government’s package of family benefits had an effect on the possibilities. These provisions included significant amendments of the real estate market regulation, like modifications of loans and re-payments.

Act 117 of 1995 on the Personal Income Tax has been amended in January of 2019, which simplified the overhead costs for the natural persons who lease their own flats. Consequently a repeated issue has been solved: the public utility fees are not considered as income. The question of how to set up the value of the real estate which the seller as a natural person have acquired as a taxable income and then resold, has been decided. According to the decision, the value of the real estate is equal to the value which served as a basis for the tax payment at the moment of its acquisition.

Furthermore the value of acquisition has been decided regarding intangible properties and real-estates acquired by succession, contract or as a gift.

If the authority does not issue the property duty, the value indicated in the probate inventory is relevant in case of acquisition by succession. In the case of gifted real-estates, the value of acquisition is equal to 75% of the proceeds, or the remainder of all proceeds after deducting from it all expenses and the amounts spent on renovations.

Simply put, natural persons who are unable to repay debts from loan or credit agreements concluded with banks do not have to pay property-duty when they are re-purchasing their homes.

In most cases, the only option for buyers who want to finance a newly built home is to request a loan, and this is what most natural persons do, since the entry into force of the Family Housing Support Program („CSOK”). The Hungarian government also initiated the „villager CSOK”, so that people who live in villages can receive loans easier.

According to the Hungarian National Bank, the growing average wage may not compensate for the increase of real estate prices, because the latter has become much higher than expected.

It is difficult to say how demand and supply is going to change in the future, but decrease in the value of real estates is not expected anytime soon. Experts say that the pace of the increase of property values is going to slow down however. It is also probable that the Hungarian government’s CSOK programme is going to play a key role in the market value of real-estates.

Our Office is at your service if you require assistance regarding real-estate law or if you are planning the sale-and-purchase of a real-estate. 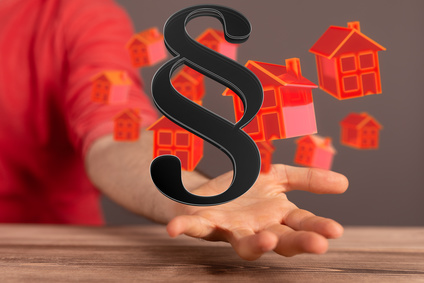