Drafting testaments and last wills, safeguarding them in our own or at official central deposit, discussing possible challenging of such, furthermore representation and managing claims during succession procedures or in relation thereto.

1. Drafting, countersigning and depositing of testaments

According to legal regulations the contribution and countersigning of a lawyer is not required for drafting a testament. However as it frequently occurs a testament that had been drafted without the professional help of an attorney-at-law often suffers from errors that result in the testament being invalid in whole or in part. Members of Our Office routinely draft formally correct testaments that fully follow and satisfy our Clients’ proper will.

Furthermore in the case of a testament drafted by Our Office Clients also have the opportunity to choose to mandate us to place the document inside the Hungarian Bar Association’s archives where they also register it at the Central Register of Testaments. In this case it is ruled out that the testament will be lost or destroyed (accidentally or purposefully by a third party). The Central Register shall in no way limit the rules on future testamentary freedom, the opportunity to formulate a new testament, and to modify or terminate the existing testament.

2. Rules on challenging the validity of the testament

Contact Our Office in case you suspect that a testament may be fake or for some other reason the examination of the testament’s validity is necessary.

In the event of invalidity Our Office will contact the notary responsible for the inheritance procedure to ensure that the heritage is not handed over with definitive, but temporary effect to the person who is regarded as heir on the basis of the testament and at the same time challenge the testament in court in order to establish its invalidity or completeness of scope.

Were you aware of this?

3. Drafting, expert opinion and countersigning of contract of inheritance, gift contract on death

Furthermore Our Office offers drafting, reviewing, countersigning and full legal guidance on the field of contracts of inheritance and donation contracts upon decease.

Were you aware of this?

4. Counselling, representation and promotion of a claim during the succession process

We provide our esteemed Clients with counselling on any matter relating to inheritance law during the succession process, provide full legal representation in probate proceedings, help with the management of enforcement of claims and we also offer solutions in legal succession disputes.

We are at your disposal with calculating the rate of inheritance duty and, with any questions regarding the possible exemption of duty.

Contact us with your requests  – Our Office is at your disposal in relation to legal succession questions or problems on this field that you may encounter! 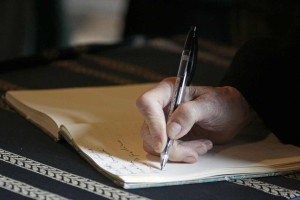